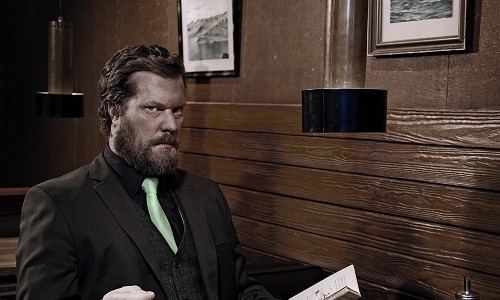 2014 has certainly started on a high note for John Grant.

Fresh from closing 2013 with the accolade of “Rough Trade Album of The Year” for ‘Pale Green Ghosts’, John has opened 2014 performing acclaimed single “GMF” on Late Show With David Letterman as well as picking up a Brit Award nomination in the International Male Solo Artist category.  The other nominees in this category are Bruno Mars, Drake, Eminem and Justin Timberlake.

The early part of this year will see continuing promotion for ‘Pale Green Ghosts’, which counts Elton John, Depeche Mode and Paloma Faith amongst its admirers, with John performing in Australia, Ireland, UK, Denmark, Belgium and Czech Republic.